31% of FDJ’s FAQ visitors interact with the chatbot

La Française des Jeux realized that their FAQ was ineffective. People were unable to find the answers they needed and their questions were being sent to the wrong services. They turned to automation for FAQs to try and fix that. They chose to experiment with the Clustaar Platform because it was easy to use for customer support. They were the ones who knew the important questions, the different possible situations, and the users’ habits.

They wanted to build an intricate chatbot, able to guide users through the many different questions and situations they could face. Most of the questions deal with money, naturally, and some queries pertaining to the games. The chatbot was almost entirely built by the FDJ team, with guidance from Clustaar every step of the way.

One of the other uses of the chatbots is detecting problems. Thanks to the Clustaar Platform, they can detect if users all start asking the same question, meaning there is a new bug to fix or a new delay they have to face. 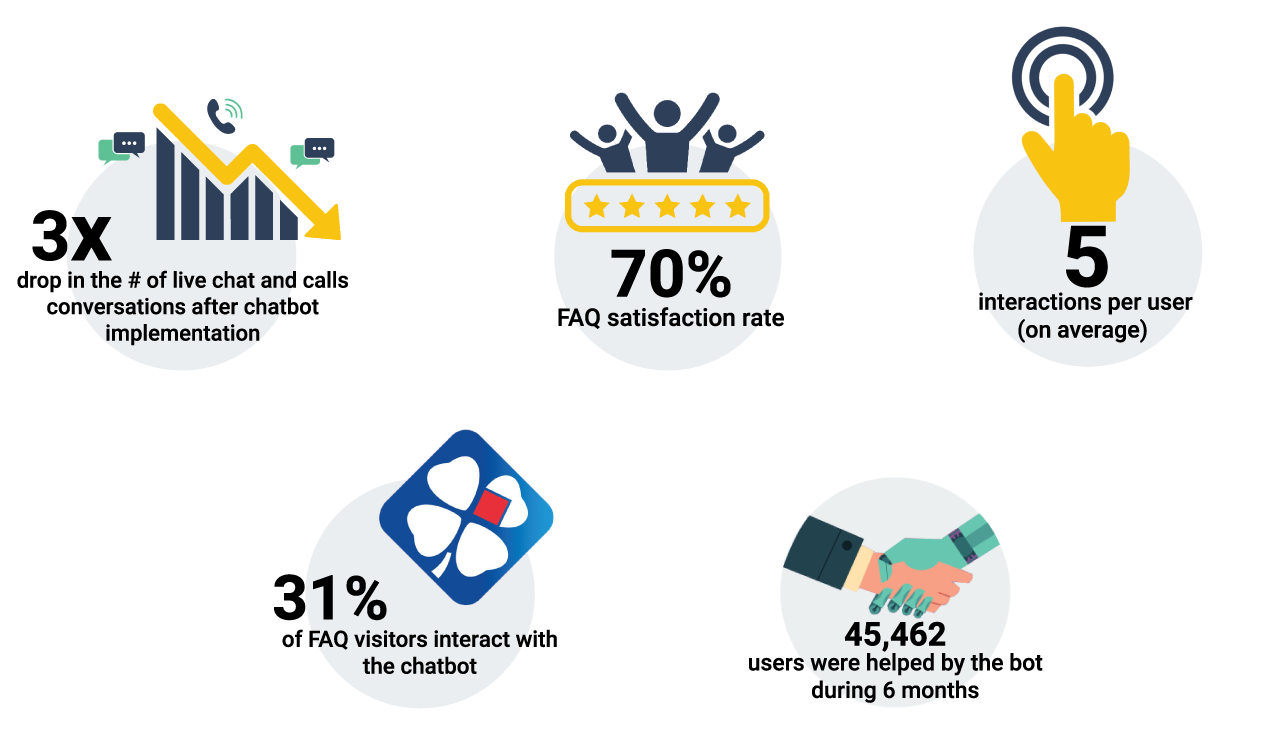 Following the positive results,La Française des Jeux decided to expand the experiment. In the course of 6 months, the bot has helped 45,462 users which is a win because it validates their need for support automation. They are now studying the fusion between the livechat and the chatbot, to create a seamless user experience.

The bot received a 64% satisfaction rate during the month of December and grew to 71% in March.

They are now setting up metrics to find out if the people talking to the chatbot would have sent an email, or called customer support, or would have simply stayed without answers. La Française des Jeux also put in place a satisfaction form to measure the chatbots efficacy. After a mere 3 months, the chatbot had a 63% satisfaction rate, and it grows +2 points every month.

“The Clustaar chatbot is not only powered by a Natural Language Processing technology. It is also a competent, agile, and focused team, and a user-friendly platform allowing to easily create scenarios.” – Michael de Abreu, Product Manager at La Française des Jeux 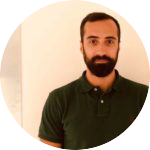 We at Clustaar are very proud of the La Française des Jeux project and look forward to the future. Our technology has helped them to support their customers while garnishing positive returns. Our new goal is to achieve an 80% match rate for users in the coming months. To try the Clustaar platform for yourself — book a demo with us today!

What is a chatbot?

A chatbot is a software robot that can interact with an individual or consumer through a service of automated conversations made largely in natural language. The chatbot originally used question and answer libraries, but advances in artificial intelligence allow it to increasingly “analyze” and “understand” the messages.

How does the platform work?

Clustaar Chatbot platform allows you to build a chatbot that you can later integrate with one of your existing communication channels. To build a bot, you need to design, make scenarios and create a database of potential questions and answers. If the bot can’t answer the question, it will forward the message to a human. The bot also learns with each new conversation.

It stands for natural language processing. NLP is a branch of artificial intelligence (AI) that helps computers interpret, understand and work with human language.

How long did it take to complete the FDJ bot?

The FDJ chatbot was completed fairly quickly. Thanks to our botmasters, within 3 months the bot was built and ready to implement.

What plugin is used for the FDJ chatbot?

The FDJ bot uses the Clustaar Webchat plugin. The Webchat is our most popular plugin because it allows you to implement a chatbot onto any website.

How much does the Webchat plugin cost?

The webchat is included in the price of our platform. We offer several plans depending on the type of services you need.  Clustaar’s webchat allows you to connect your chatbot to any website. Your bot provides a seamless 24/7 customer experience for your visitors and users.

We offer several plans depending on the type of services you need. Learn more about the plans.

What languages are supported by the platform?

We release new languages on a regular basis, based on client demand. If your language is not listed here, contact us at [email protected] to discuss your project.